The Prince of Envy 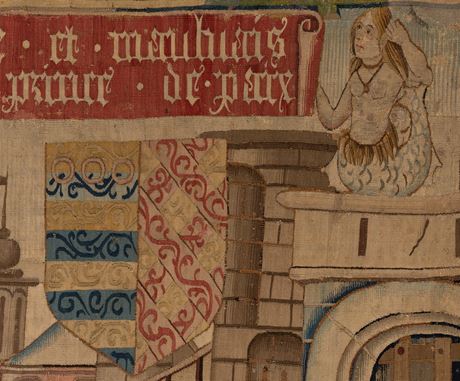 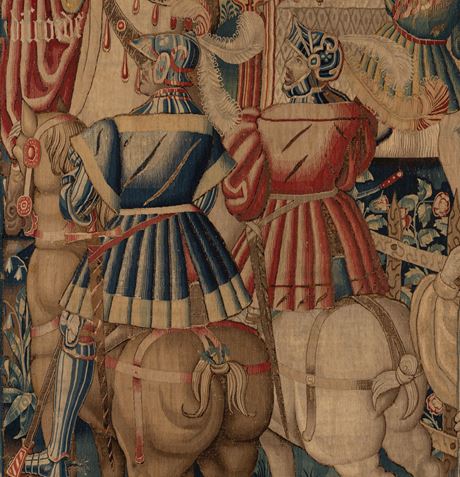 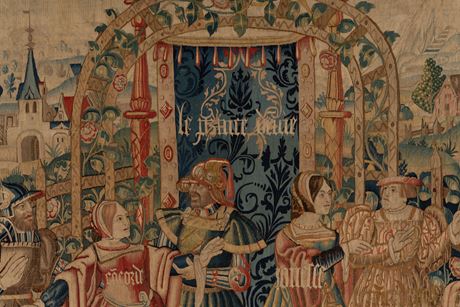 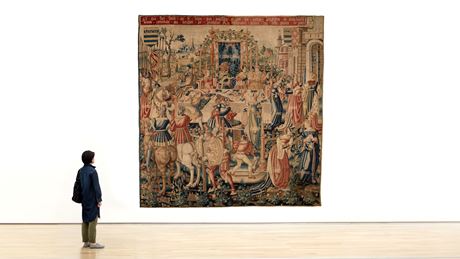 The Prince of Envy

Armed horsemen burst in on an open-air banquet presided by the Prince of Envy. They are led by a woman, Discord, and are abducting another lady, Concord. The Prince of Envy vainly tries to hold on to her. At his right a woman, Lust, prevents the Prince of Peace from running off with the four Cardinal Virtues (Wisdom, Justice, Fortitude, Temperance) and Faith. On the foreground Hope is threatened by a soldier. Goblets are falling from the table and a small servant runs away with a pitcher. Another servant tries to save a silver plate with fruit, while the other plates and goblets are knocked over. The scene is explained by the text in the upper border. “What has been done, then he came into power with the vigorous and bad people abduct Concord from the orchard of pleasure to the great sorrow of the good Prince of Peace”

To summarize the morality: “Envy is bringing Discord and chases the Virtues away”.

This allegorical scene belongs to a series entitled The Prince of Peace, of which two other weavings are retrieved. One of them illustrates the Birth of the Prince of Peace (a complete scene retrieved by Coen, Rome in 2018, and a fragment located at the Denver Art Museum). Loyalty receives there the baby “prince de paix” from his mother, still laying in bed. They are accompanied by ladies who represent the theological and cardinal virtues.

On another tapestry (Isabella Gardner Museum, Boston), the young Prince of Peace receives his education in front of a royal couple, named the Virtuous King and the Princess of Peace. They are surrounded by allegorical figures such as Love, Prudence, Compassion, Youth and Diversion.

The literary source of this allegorical story has not yet been discovered, but it corresponds with two other contemporary allegorical series attributed to the manufacturers of Tournai in the first decades of the sixteenth century. The series with the Condemnation of Banquets, now at the Musée Lorrain in Nancy and the Story of Mundus (The World), now at the Musée des Arts Décoratifs in Paris and the Minneapolis Institute of Art. All these series illustrate the struggle of Christian Virtues against the Vices.

This tapestry bears no city mark, but it is related in style to the series cited above and to the Story of Judith and Holophernes (Brussels, Museum of Art & History; Rome, Museo di Palazzo Venezia) for which the provenance from Tournai is documented.
Our piece, as well as the Boston one, bears the arms of the Viefville, a noble family from Northern France, and of François de la Viefville’s wife Anne de Neufville, lady of Blagny. François de la Viefville, (died 1529) lord of Frestoy acted as “capitaine royal” in Noyon. François’ father, Charles de la Viefville, has been the chamberlain of the French kings Louis XI, Charles VIII and Louis XII.